In the second part of this article we have more pictures and another interview/feedback with Rob Cesta, a young guide and a formidable fly fisherman. You can find him at http://www.flyguide.ca . This is his feedback:

1. Could you give us a few words about yourself?

I am an independent fly fishing guide who has been fly fishing since his teen years. My love for the sport has lead me to pursue a career where i can spend as much time on rivers and lakes that I can, and can take me around the world fishing.

2. When did you start doing fly-fishing competitions? Why?

This was my first competition! I had always followed competitive fly fishing news and used the techniques, in rivers, that were popularized by competitive anglers and when I saw the chance to compete myself I jumped right at it! Competition leads to innovation and refinement of skills, what a better way to progress as an fly angler and step up your game!

3. How do you prepare for a competition? (techniques, fly tying, training, gear, etc.)

For this, my first, competition I solicited advice from my friends and contacts who have competed before. While their advice was invaluable I still used online resources and picked up a phone to ask some questions about the venue and the fish we were to angle for. Tying wise, I had a selection of commonly used still water patters that are known to produce, some in naturals and some in wilds. Because it was a still water competition the gear i selected was based on the ability to fish different depths of water. If the fish were suspending and feeding at a certain depth, getting my flies into the appropriate position is key! As for training, I wish I had a chance to get onto the body of water previous to the competition and practice, but unfortunately that was not possible. Know your water!!

4. How was the fishing in this competition?

The fishing in the competition was slightly more difficult than expected. Being a stocked pond I thought the fish would have struck anything in their path out of curiosity or hunger, while this was fairly true positioning on the water body played a massive part for success.

5.A few words about the strategy/flies/rods/lines?

The strategy I used in the first session didn’t pay off, I blanked!!! I quickly changed my set up in the second session, and a better position in the pond allowed me to be very successful, 7 landed and many more hooked! For equipment, having rods with different a floating line and three others with different sink rates allowed me to explore what produced most effectively, when i found what worked, I stuck with it! Mind you, you don’t need 4 rods rigged and on hand, having a reel with different spools that have different sink rates of lines on each one would be handy for your average angler.

6. How would you describe the general atmosphere?

The atmosphere was one of general camaraderie. We are all anglers who are of like minds, how could we not all get along!? There was a feeling of competition in the air, but that did not stop the competitors from offering tips to each other on how to better achieve success and get fish in their nets!

7. How would you rate the organization part on a scale from 1 to 10?

The organization was 10/10! It ran very smooth and seamlessly! I was very impressed.

8. What suggestions would you have for the same competition in the following years?

The only thing about the competition I would change was the physical layout of the individual placements of the pond. The end towards, what I can only assume, where the fish are fed was unbelievable productive, where as positions towards the other side of the pond were not nearly as productive. I would, next year, to even the field by omitting A5, B1, B2, and B3 as positions, and also, C4 (?) the position with the tree in the middle i would have used the tree as the divider between positions instead of having it right in the middle… casting was a B*$CH!

9. What advice would you give to those who participated for the first time?

Advice i would give to a first time competitor is have the ability to adapt! If something is not producing, have a way of changing up quickly and find something that does work! Have a variety of lines, or sink tips and flies to suit the scenario.

10. Will you come to this event next year?

I will absolutely, 100%, be attending the even next year! Hopefully there will be another competition organized sooner, it will be tough to wait an entire year!! If there was one organized once a month, I’d attend every one. 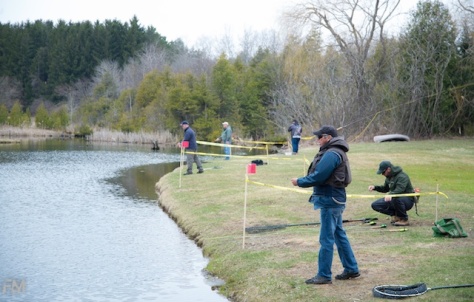 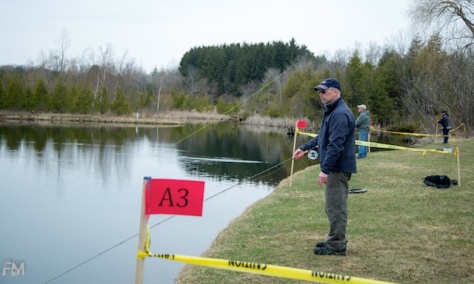 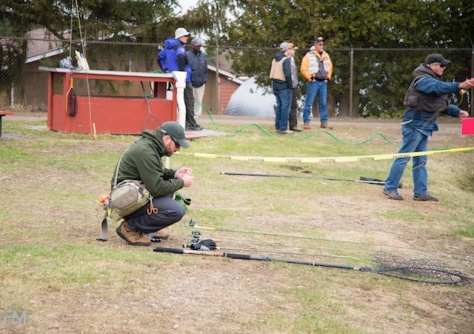 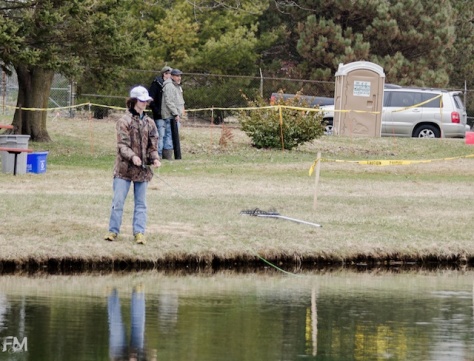 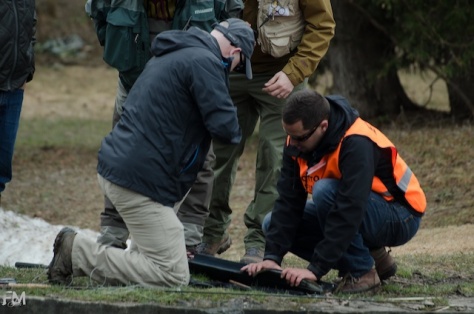 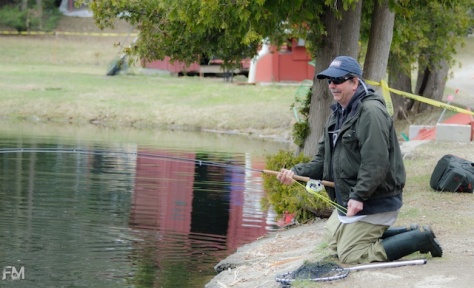 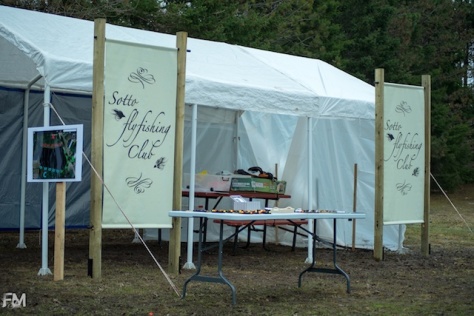 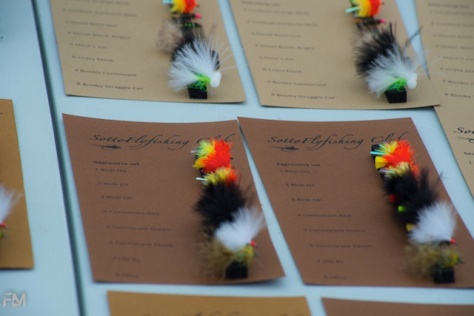